-the first bus driver in Gaza
She greets those who used to stare at her while driving kids in that red bus.

Salwa Srour, a 52-year-old single Palestinian woman, took up the job of driving kindergarteners. She and her sister Sajeda have been running a kindergarten for about 10 years.Four years ago,  several families complained about the male drivers who drove their kids to Srour’s prep school. The two sisters did not want to lose their students, so Salwa became the school bus driver.

As she hit the road, driving a red school bus, she was met with unwanted stares from the people. During the recent gas crisis in Gaza, Srour became friends with several bus drivers at gas stations, who almost always let her bypass the long queues for refills. 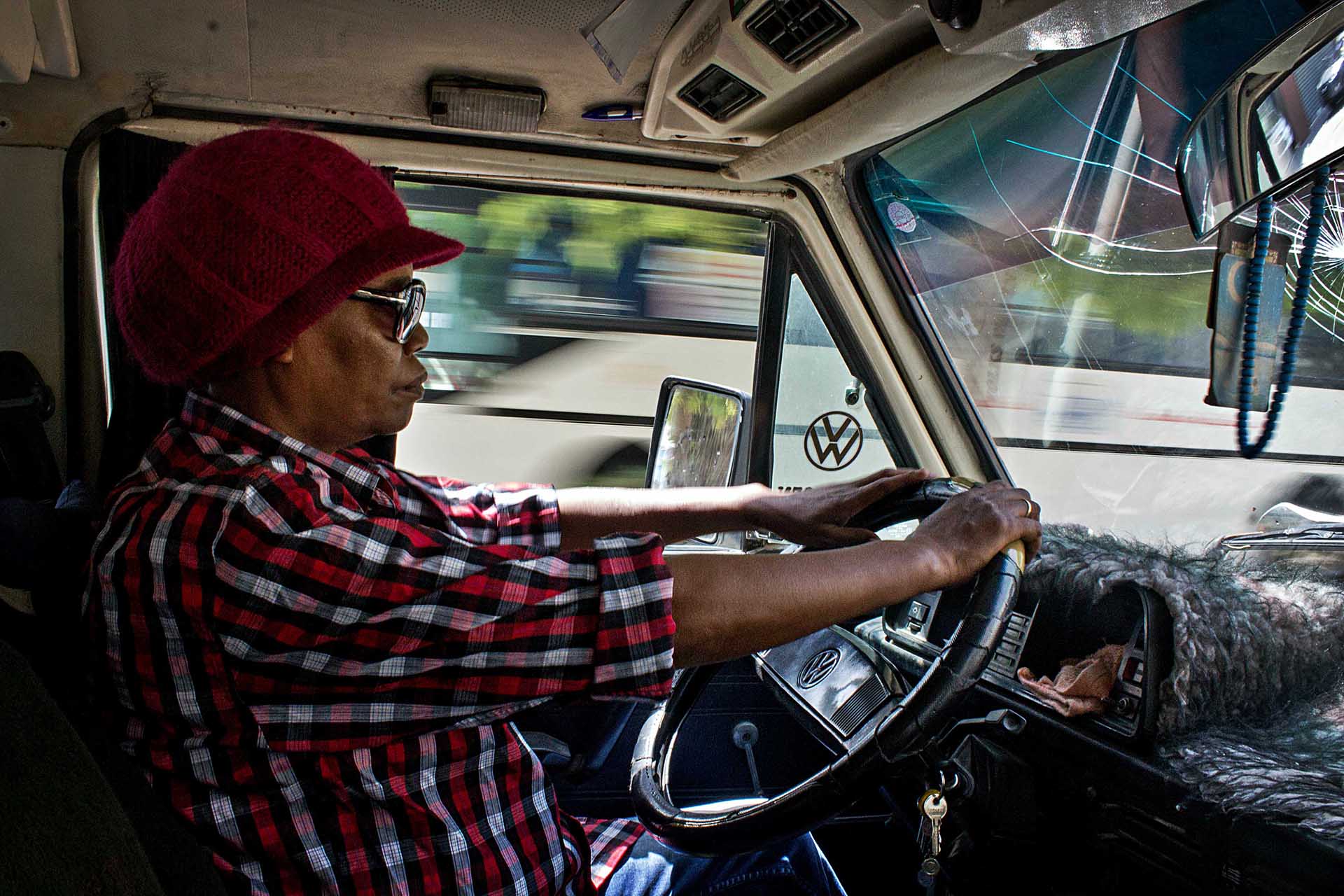 Salwa is driving her red bus towards the kids homes, on the morning. 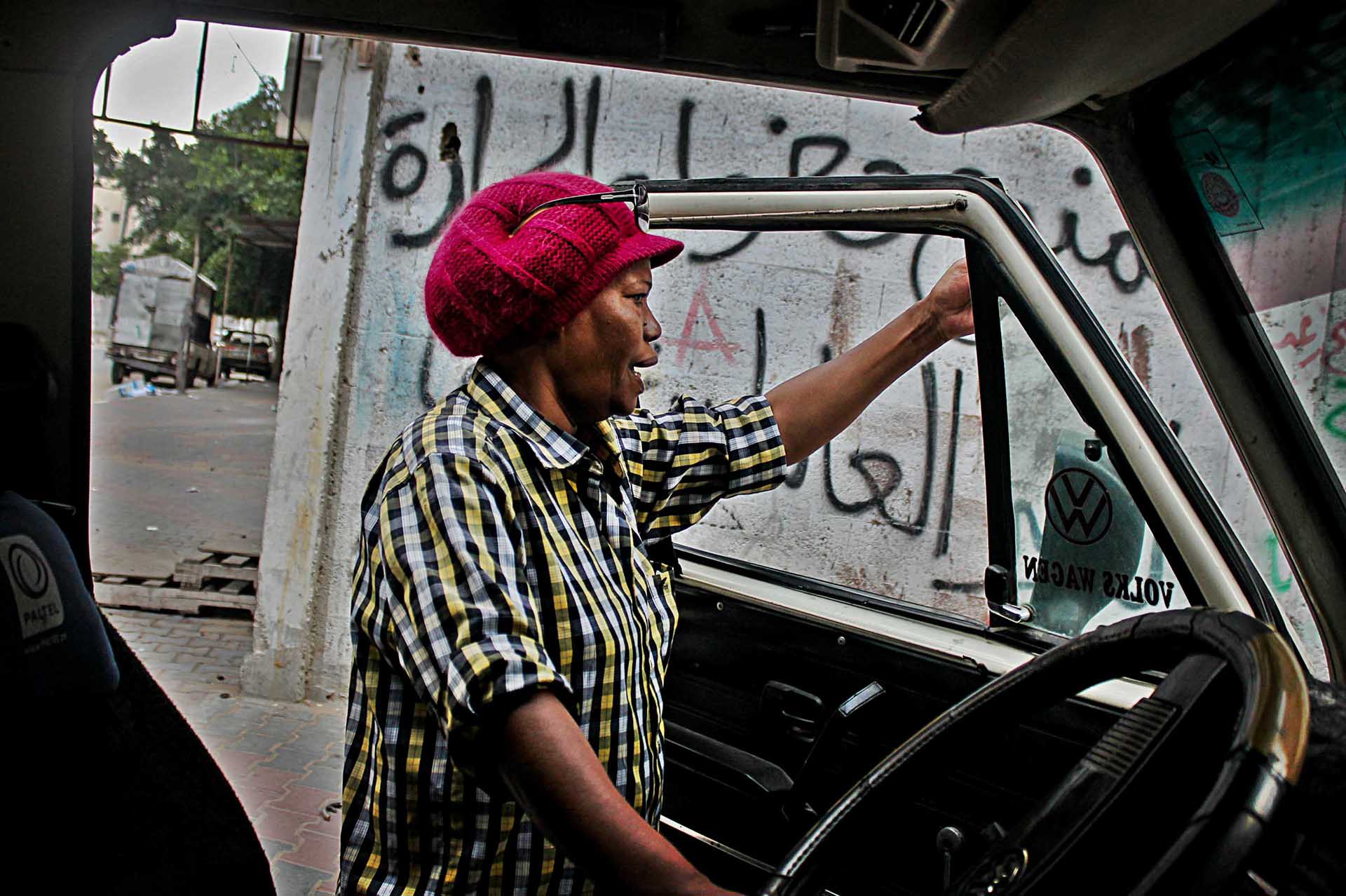 Salwa is rushing on one of the kids she’s driving him to the kindergarden, in the morning. 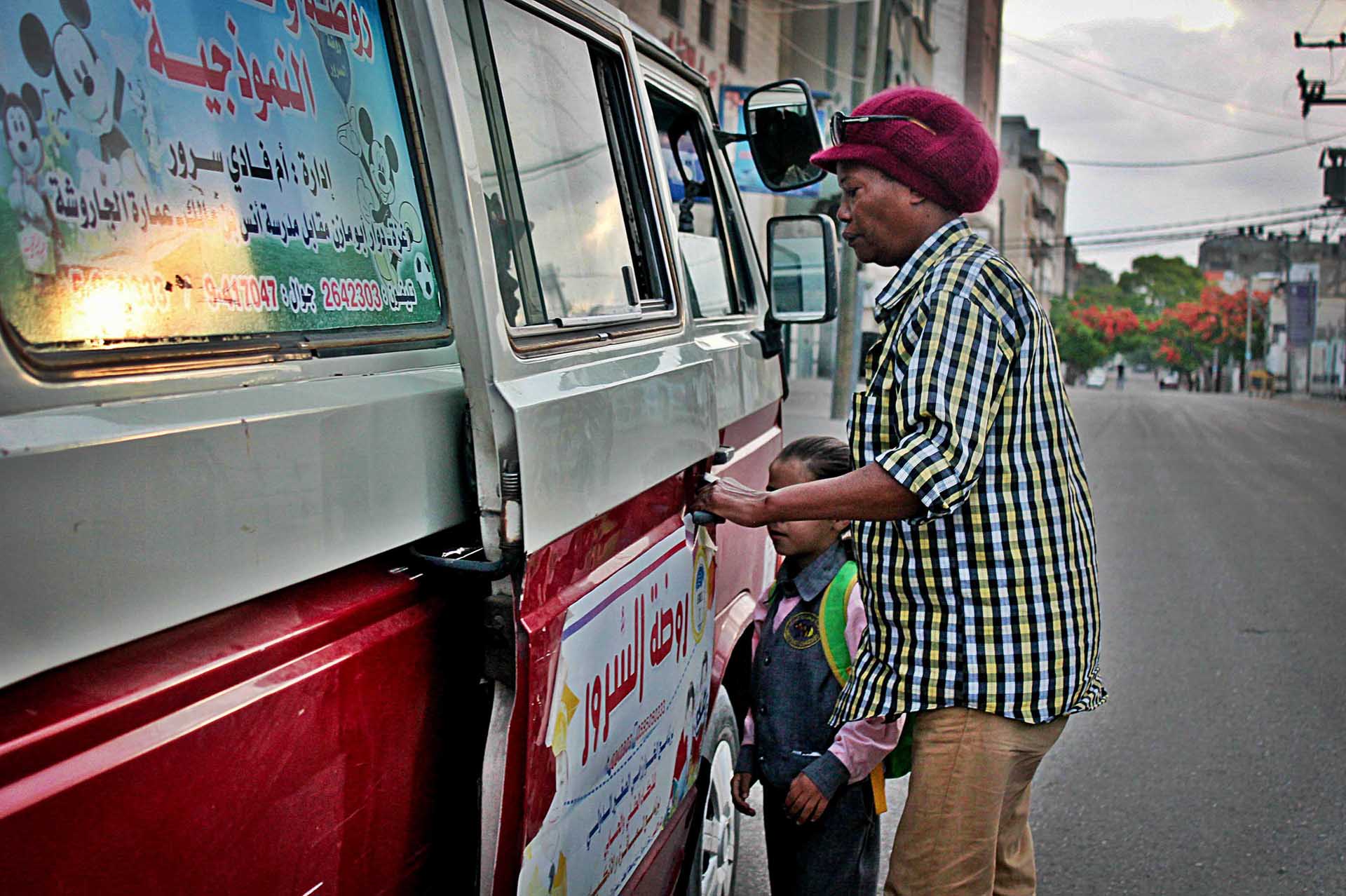 Salwa is collecting the last kid, driving them all to the kindergarden. 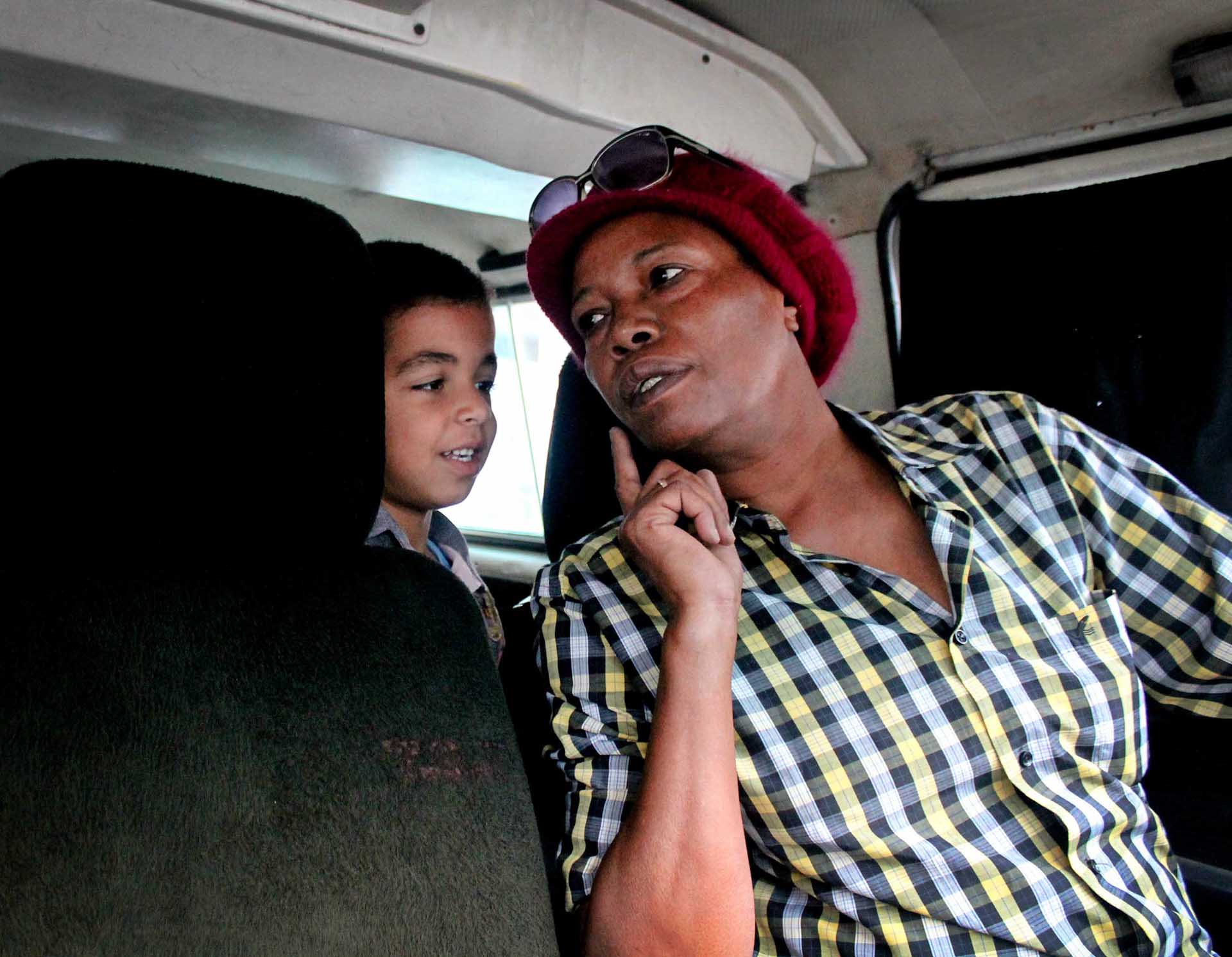 Noman is giving Salwa a kiss, while she’s driving him and other kids to the kindergarden. 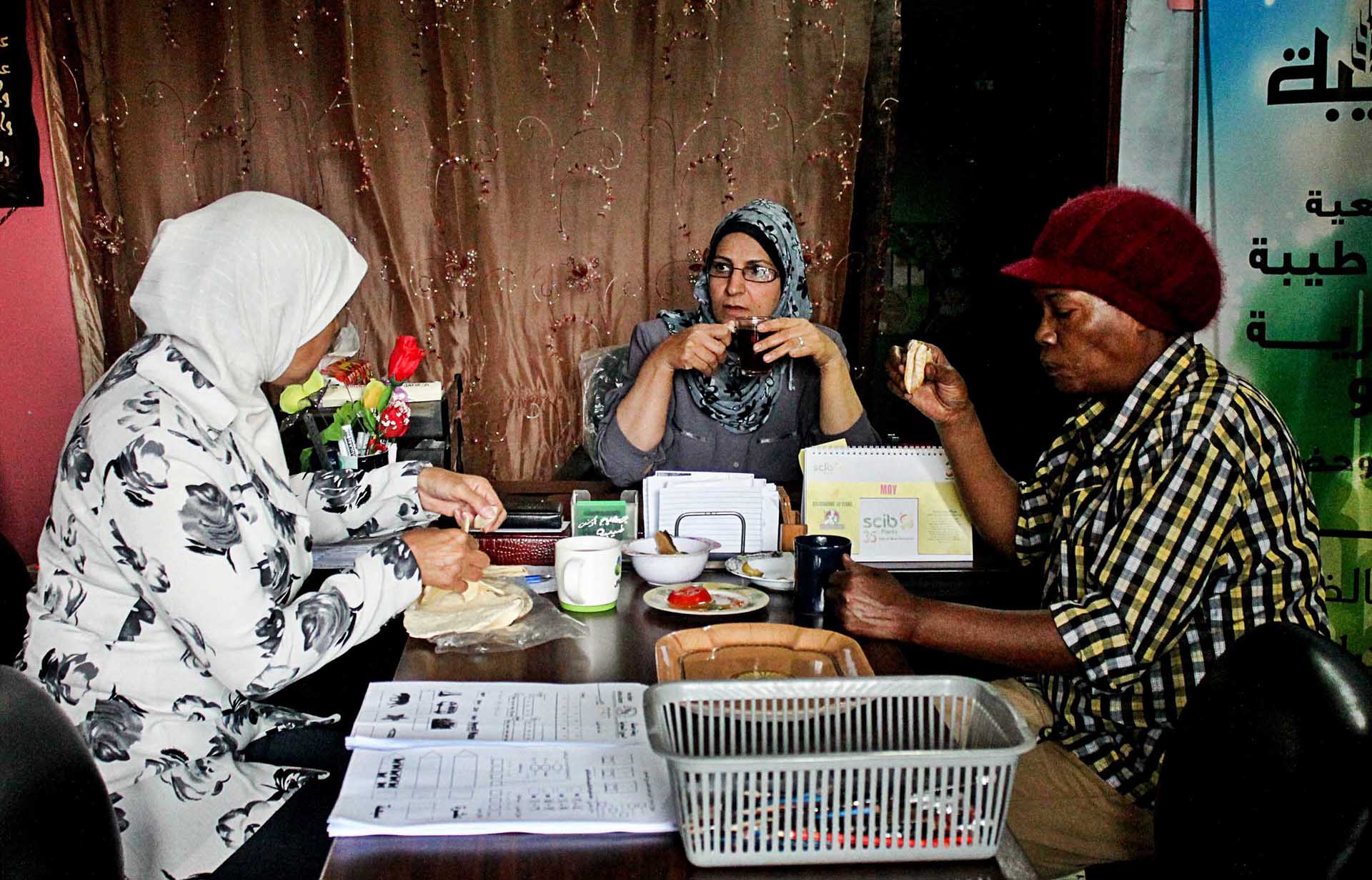 Salwa is eating breakfast with her colleagues in kindergarden. 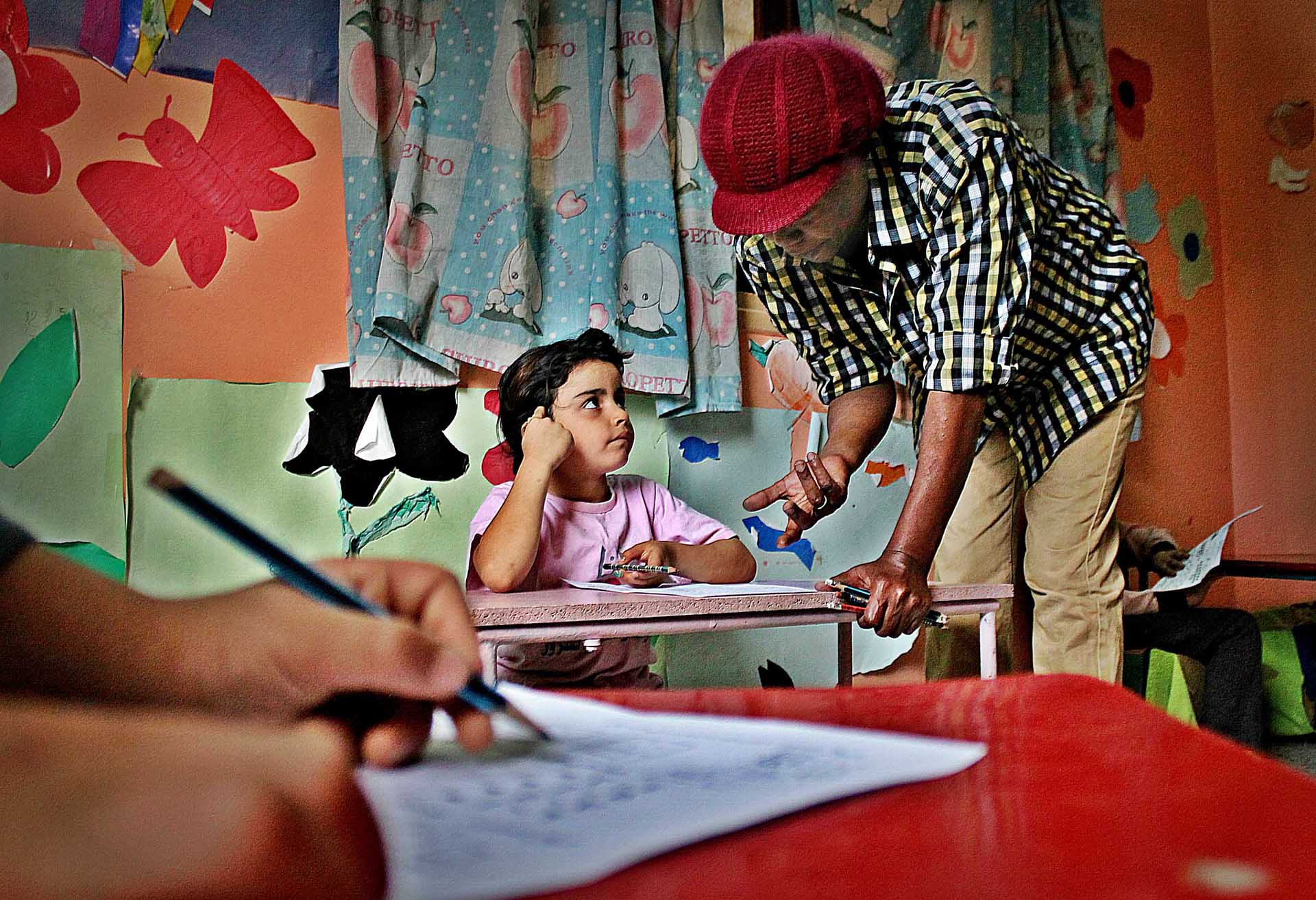 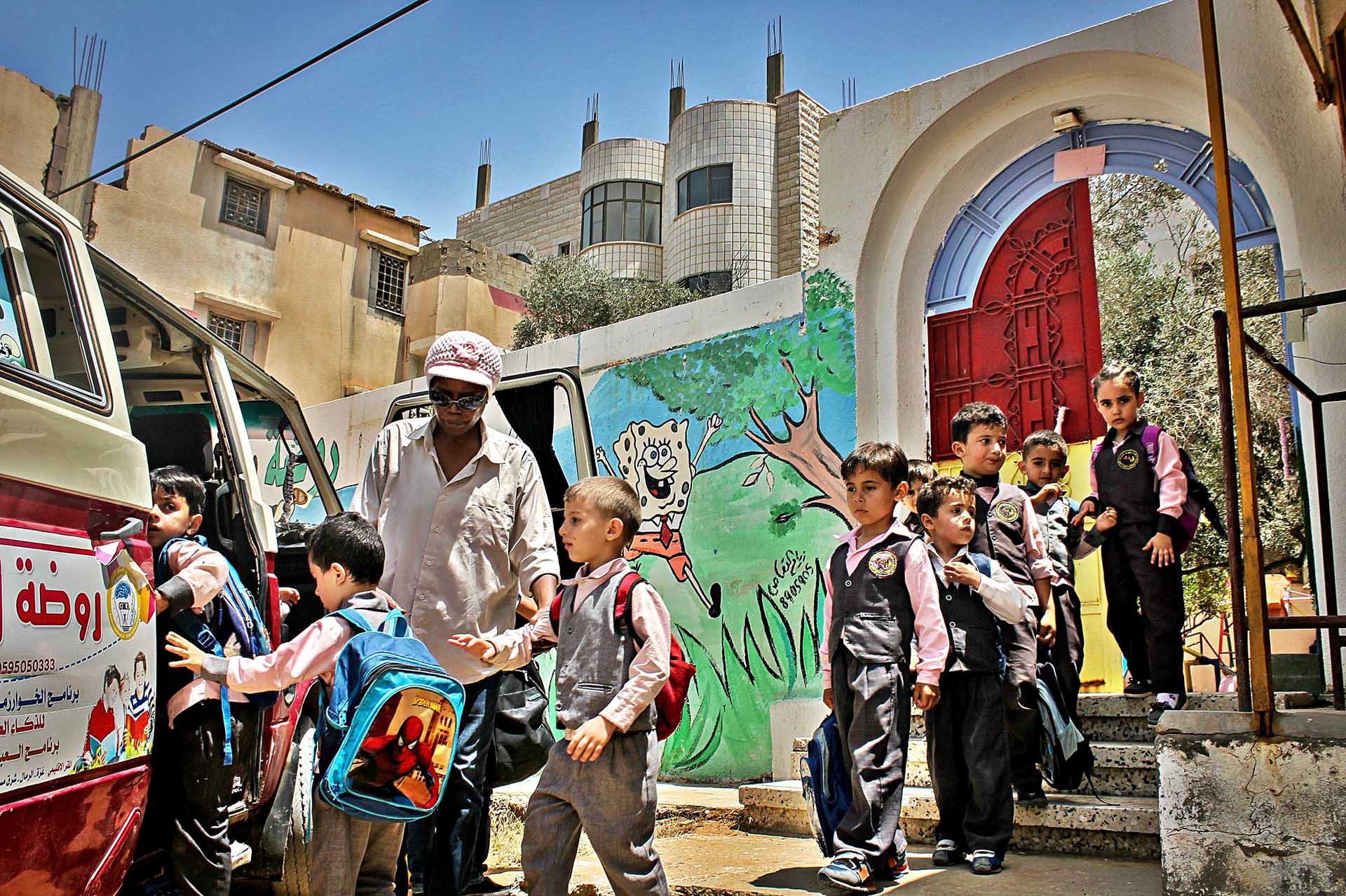 Salwa makes sure all children get into the red bus, at the end of school day. 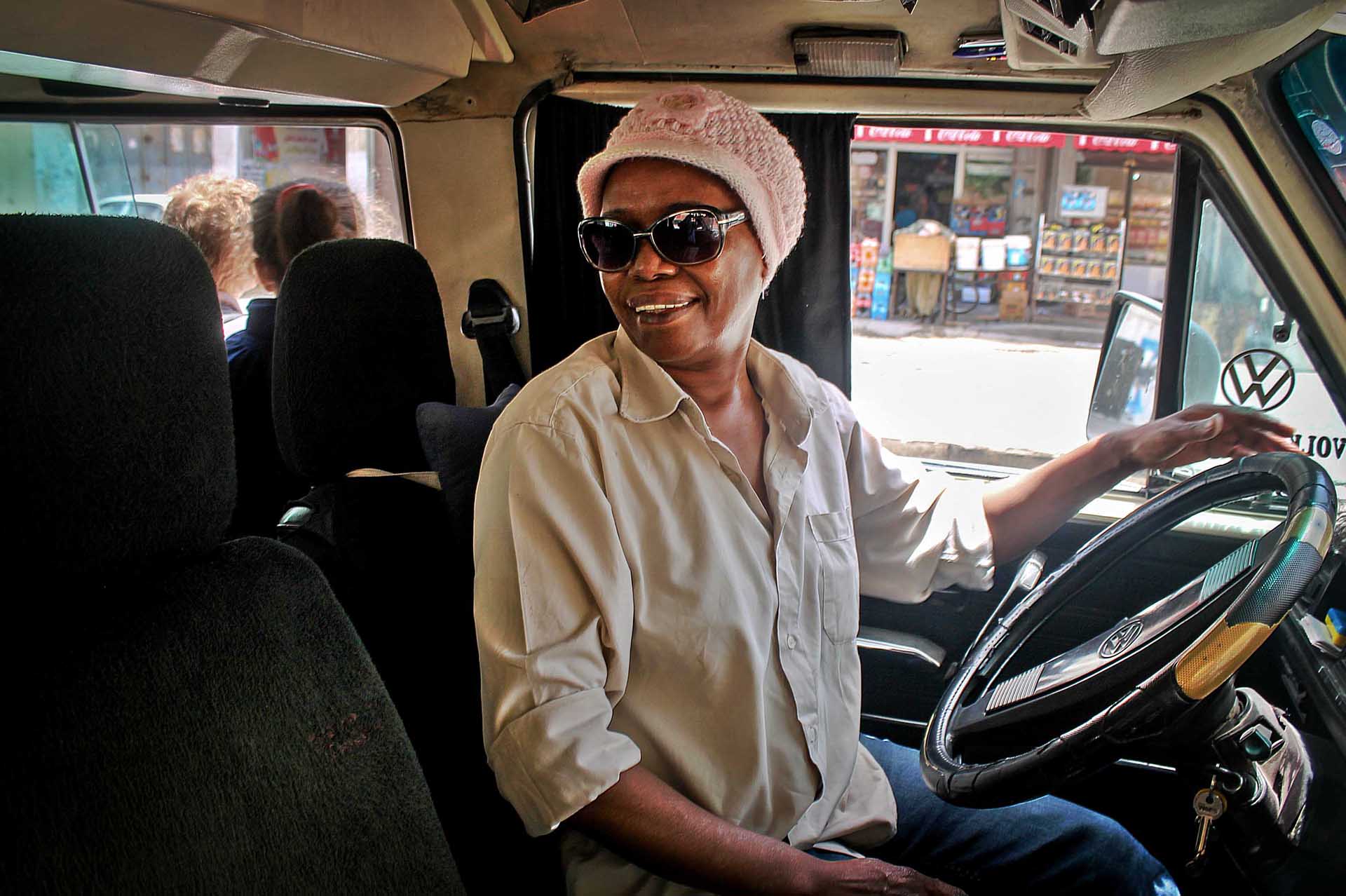 A portrait of Salwa, while she drives the kids back home. 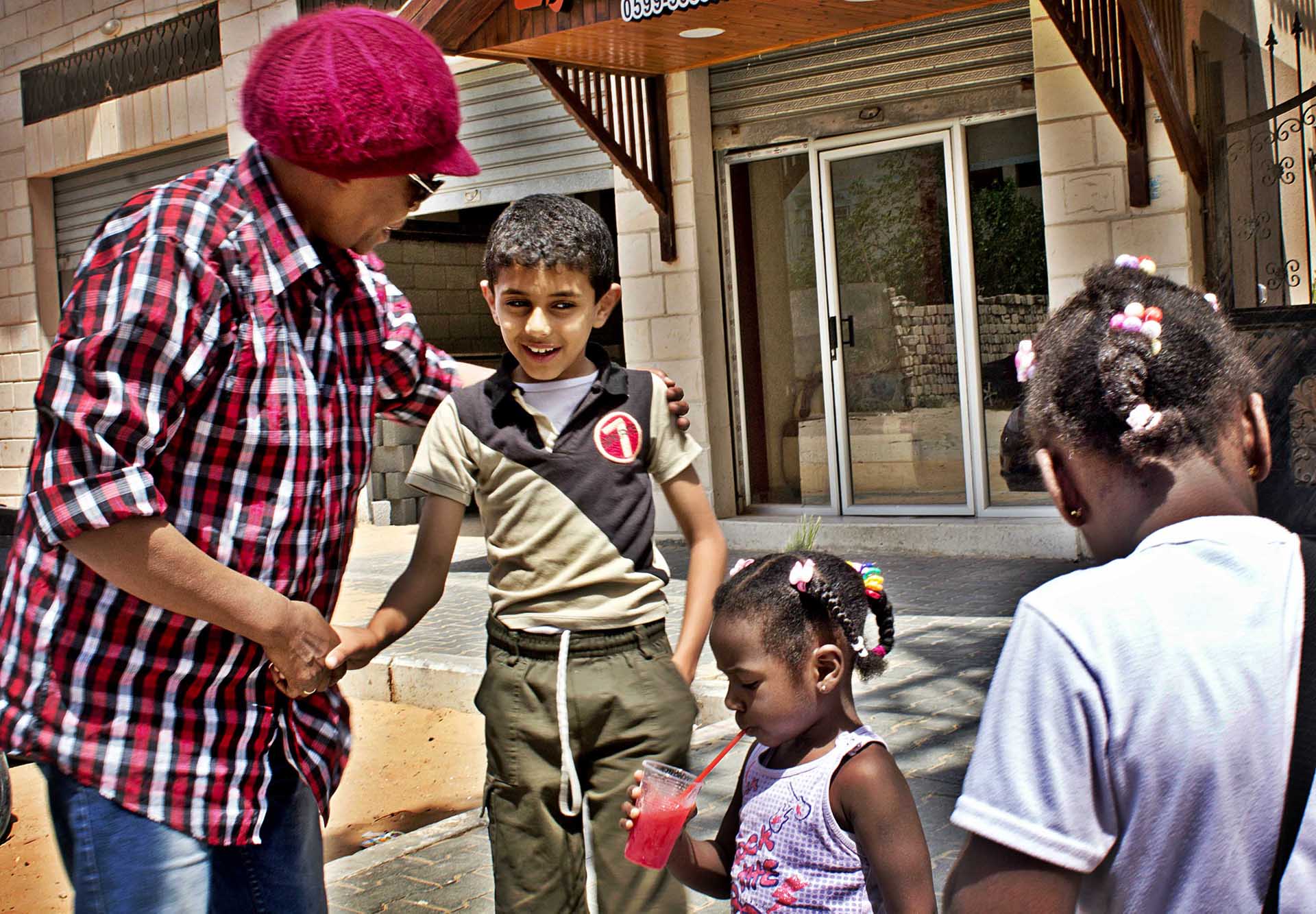 Salwa meets one of the kinds she used to drive years ago, while she was dropping his siblings home. 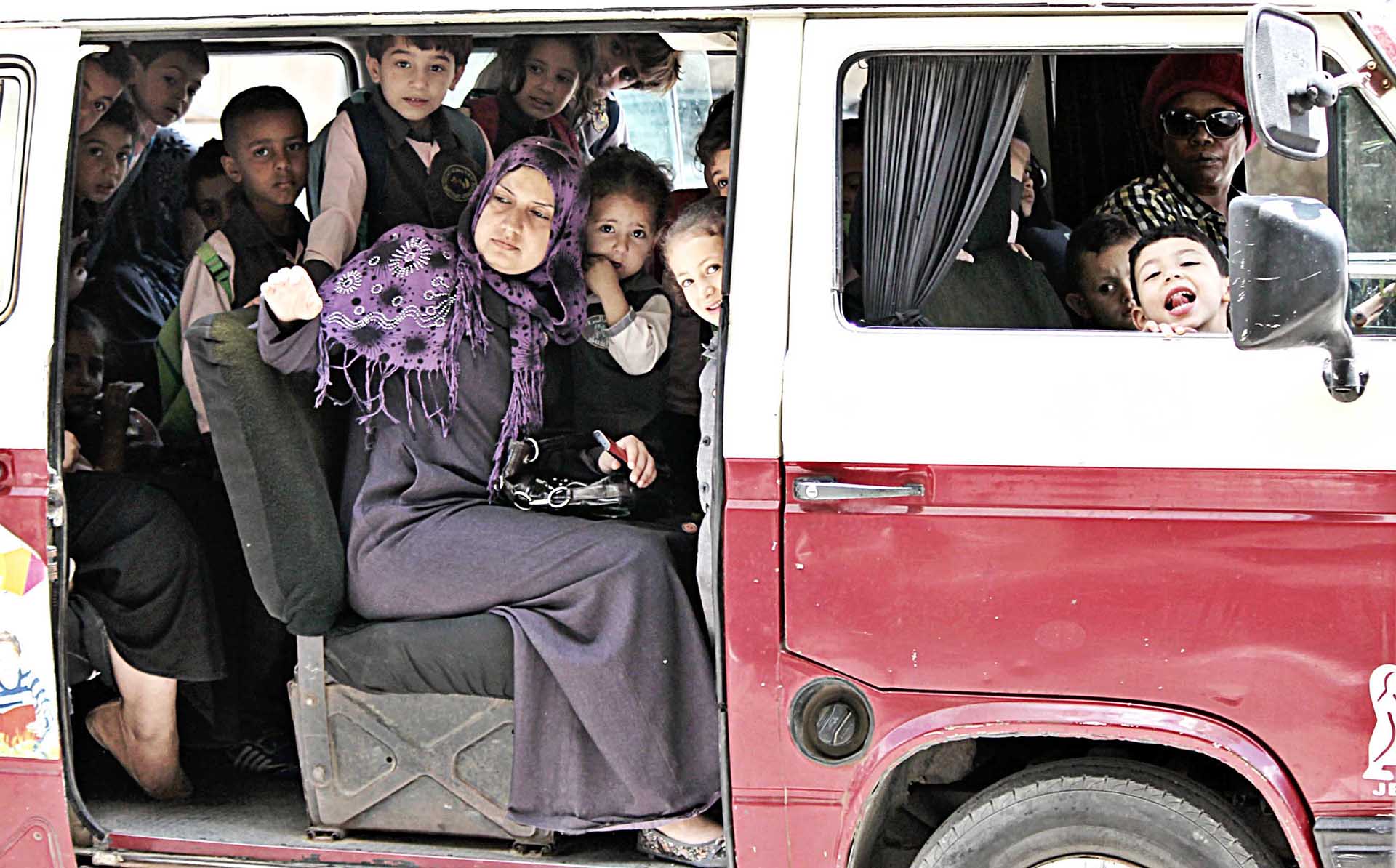 Kids wait their turn in the red bus to be  dropped home, after the school day. 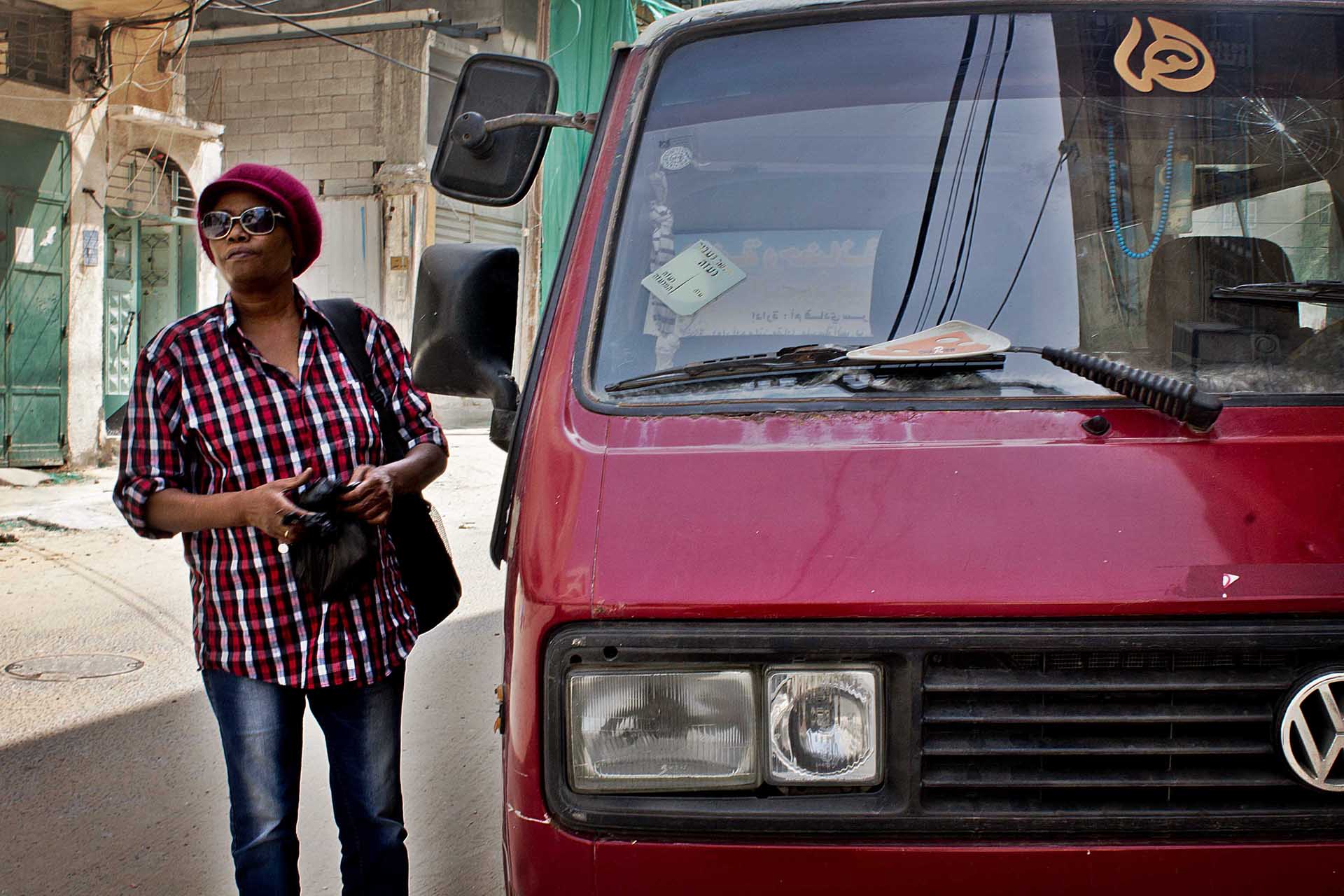