-a Syrian brought “Levantine” to Gaza.
She pours love in every cake and pie she makes.

Rateeba Ahel is a 54-year-old Palestinian woman. She is married and has four sons and two daughters. Born and raised in Syria, Ahel and her children had to leave their home in Al Yarmouk in 2012. The Syrian war pushed them to Gaza, the hometown of her husband. Ahel met her husband while he was studying in Syria several years before the war.
With an over 40 percent unemployment rate in Gaza, the couple struggled in the city. Her sons Mohammed and Motasim would find work for a day and then sit back at home without work for several days. Her husband couldn’t work due to his heart disease.
One day, her youngest son’s school teachers asked Ahel to cook some Syrian food for them, especially dishes like Tabbouleh and Kibbeh. From that day onward, she kept receiving food orders from teachers and people who tried her food. With the help of some friends and a non-profit organisation, Ahel opened a restaurant named Al Sham Al Ateeqa, or the old Damascus. 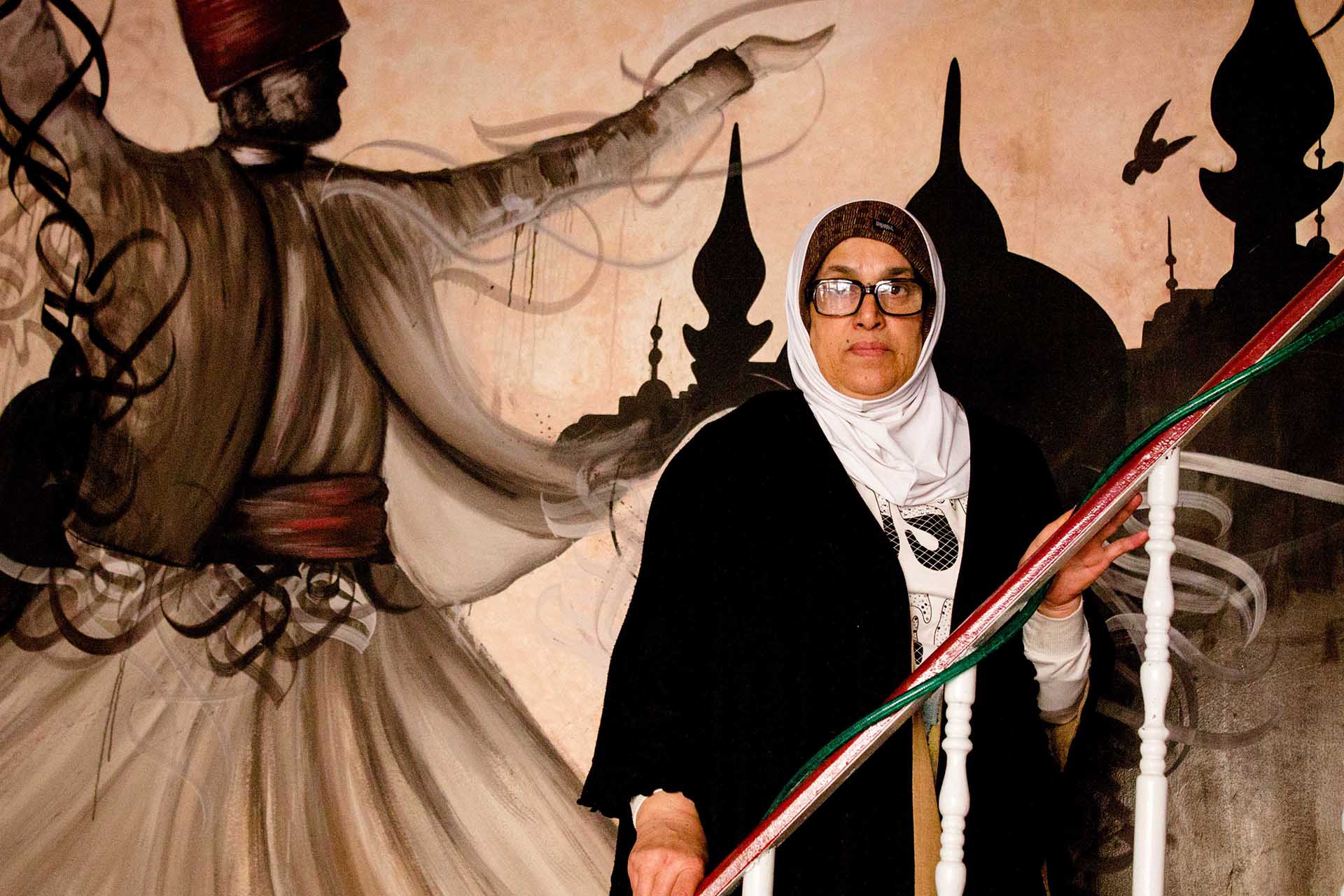 A portrait of Rateeba at her small restaurant “Al Sham Al Ateeqa”, that’s decorated with a grafitti of a dancing darvish.

Rateeba is preparing a food order at her home’s kitchen. 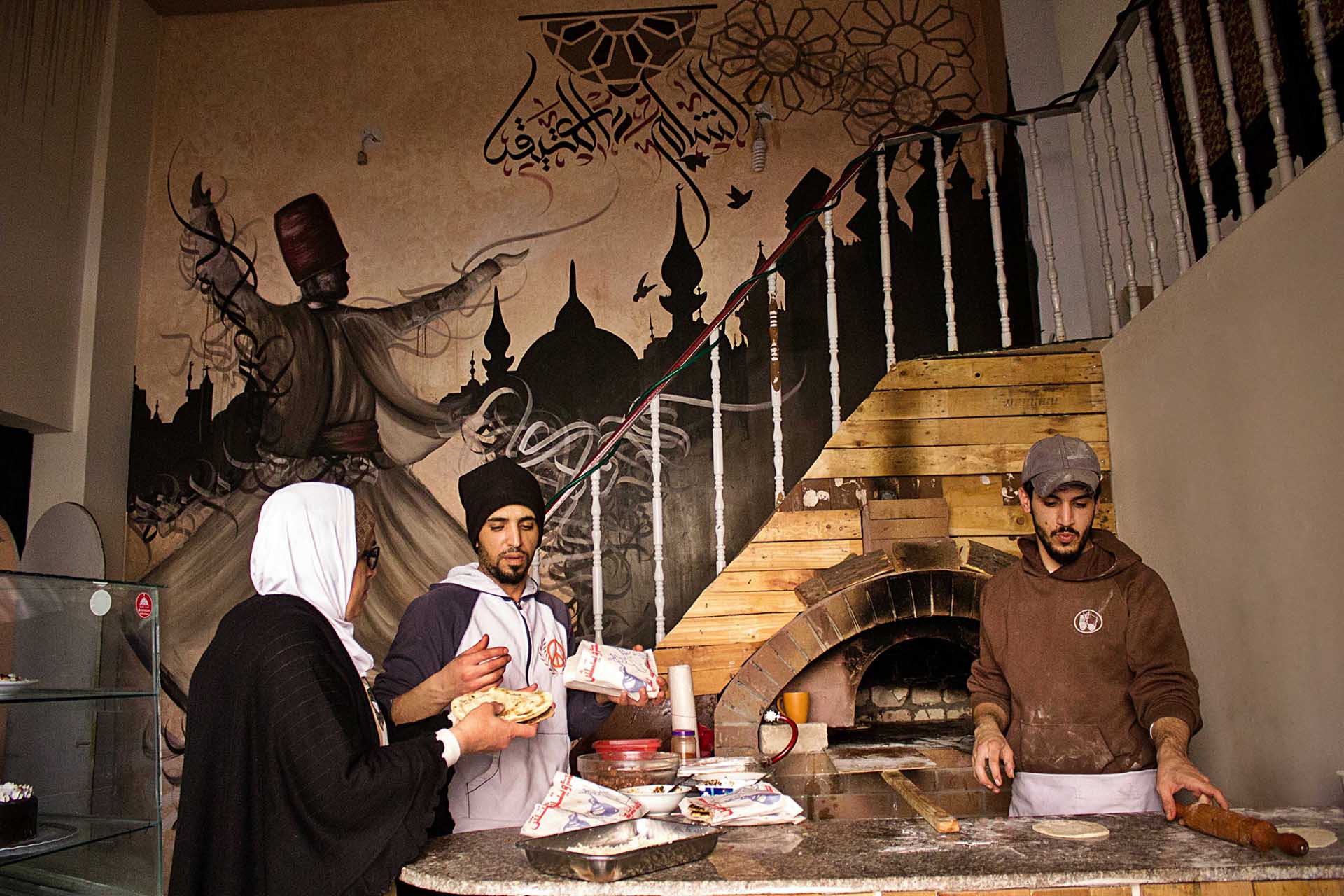 Rateeba and her two sons Mohammed and Moatasim packaging pies. 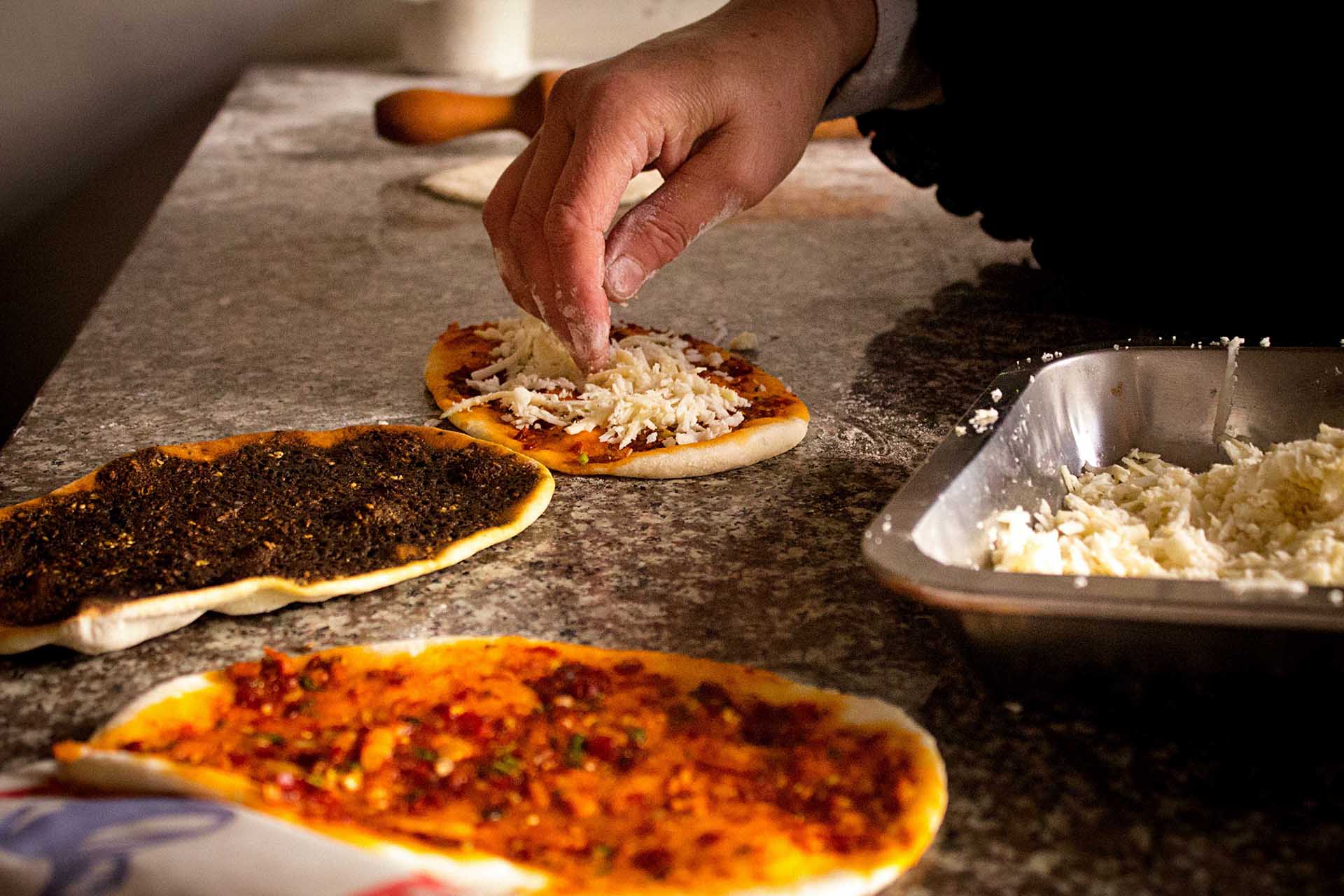 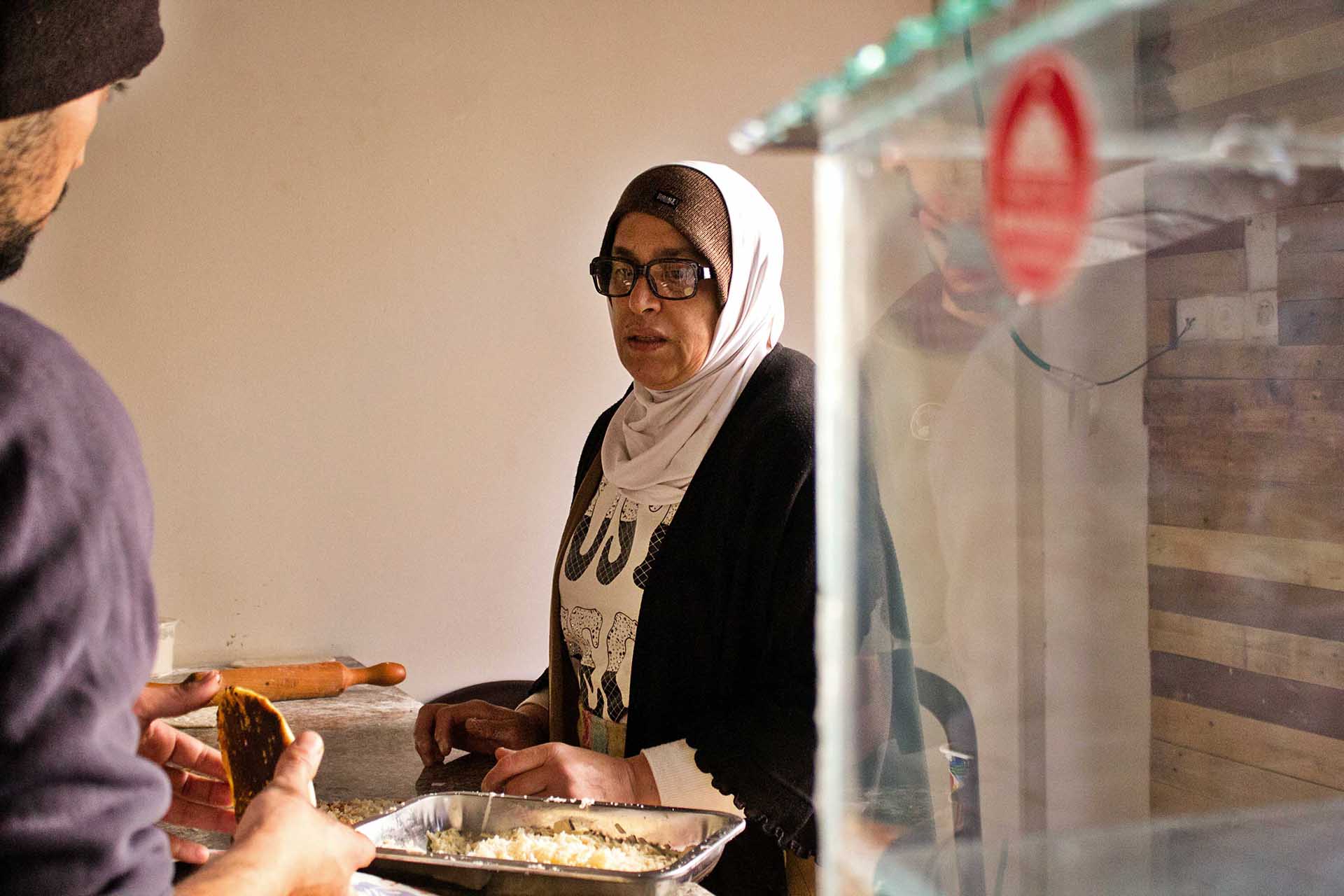 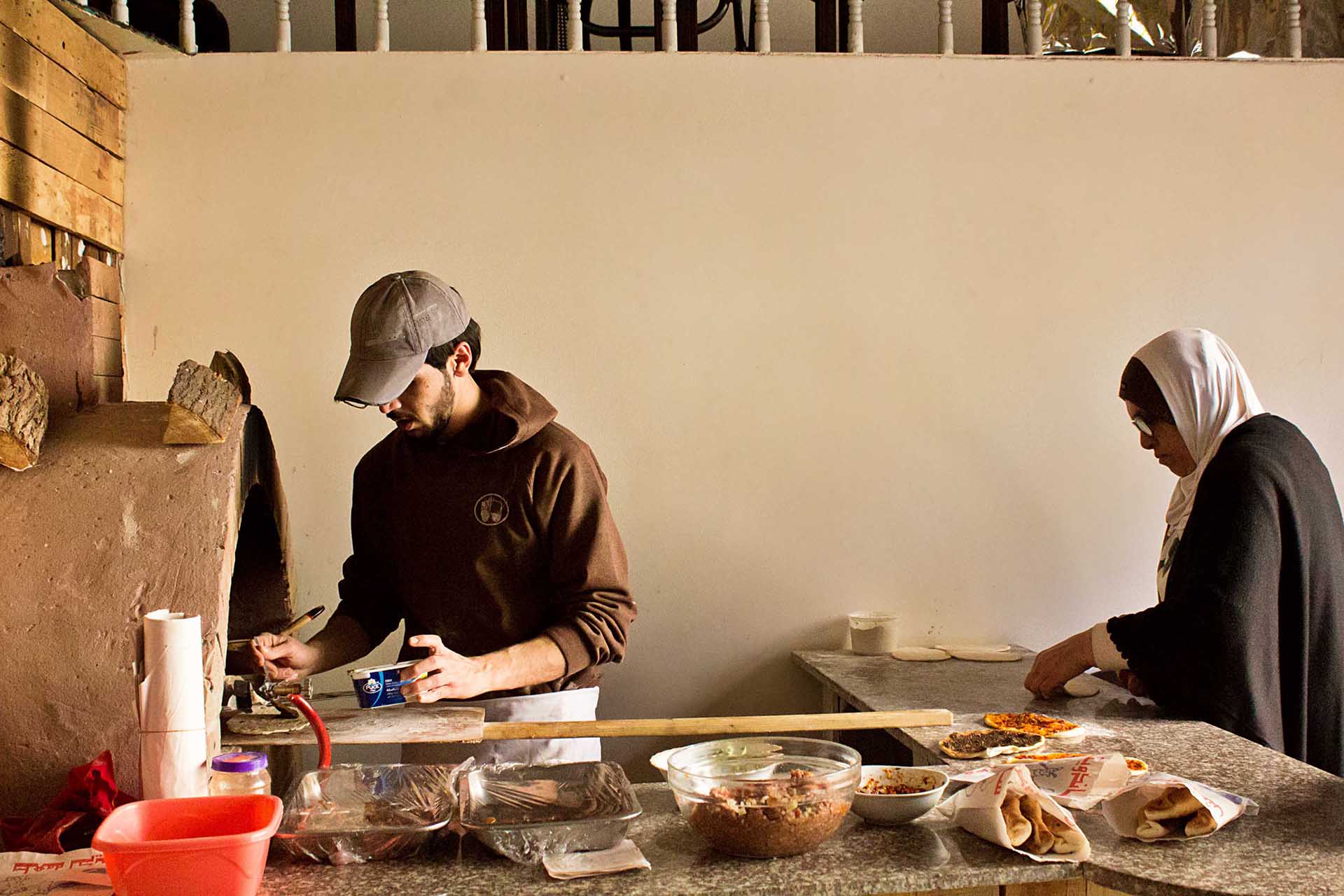 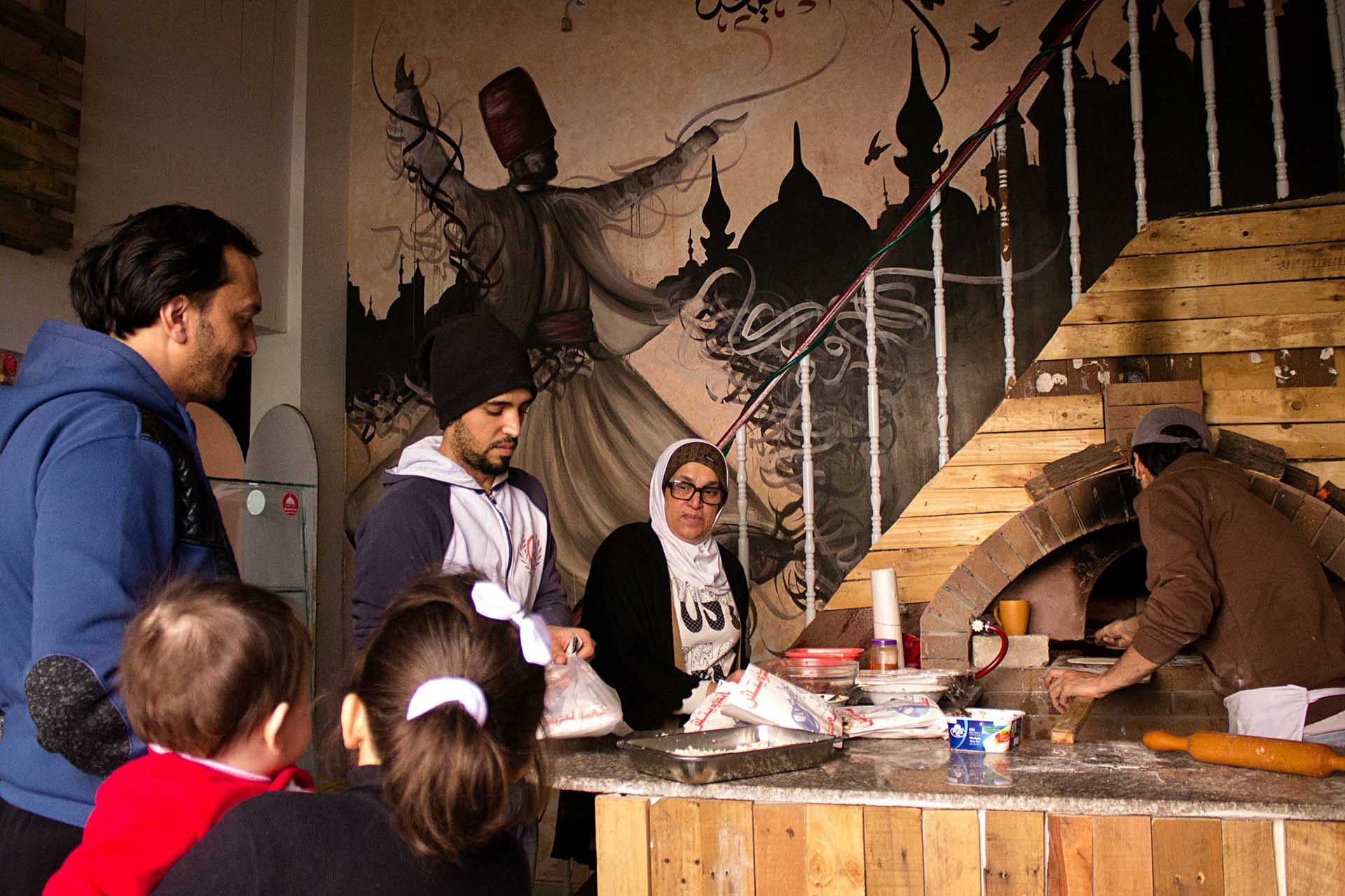